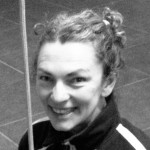 Kate believes in looking up and would like to encourage people to fly.  She trained in dance at Thamesdown and Laban (1984 – 1989) and ran feminist dance company Nomads in the 1990s.  Kate lectures at Bangor University and previously at University of Surrey where she pioneered a vertical dance module (2003 – 2010), fusing dance with her passion for rock climbing.  She is a qualified rock climbing instructor and her work is influenced by Wanda Moretti and Lindsey Butcher. She has taught at Les Rencontres de Danse Aerienne in France and the European Aerial Dance Festival in Brighton.  Specialising in choreography performed on buildings and other vertical surfaces, Kate is perpetually inquisitive about the creative possibilities of Vertical Dance.  She writes about site-specific performance and in 2010 published the first scholarly article on vertical dance.  After spending her life in transit, Kate put down roots in Snowdonia, North Wales, in 2010.

Simon is based in North Wales, working as a rigger and rigging consultant (www.aerialrigger.com). His rigging expertise is based on his professional rock climbing and mountaineering experience (www.northwalesrockclimbing.co.uk) and he is a qualified mountaineering instructor (MIA) and member of the Association of Mountaineering Instructors (AMI).  Simon has been a volunteer for Llanberis Mountain Rescue Team, and is a qualified and experienced first aider with extensive experience in urban and remote emergency care.  Simon applies ‘problem solving’ aspects of mountain climbing and rescue to rigging for aerial performances.  Although he works in theatres and regular performance venues, his specialised expertise is rigging for harness work at site-specific locations. He relishes the challenges of rigging from structures and buildings not normally used for performances, working with choreographers and performers to realise their artistic concepts.  Simon has performed harness work and is sympathetic to the aesthetics of movement and performance. 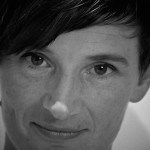 Lisa is a dancer, choreographer and teacher living in North Wales.  She co-runs Little Light Dance and Digital Theatre Company, which makes dance theatre shows for family audiences.  Their new show ‘The Flying Bedroom’ toured to theatres in Wales in Spring 2017.  Lisa runs the Family Dance Project based at Venue Cymru and as a group perform at local festivals and have also made film and outdoor projection pieces together.  Lisa also works as a harness based aerial dancer for Vertical Dance Kate Lawrence and has enjoyed performing in many of the company’s works in North Wales, at Aerial Dance Festival Brittany and in Vancouver with Aeriosa Dance Society.  In May 2017 Lisa had the opportunity to travel to Bali to perform with VDKL.  Lisa has also worked with Everybody Dance in England performing and teaching across the UK, France and Germany.  She also enjoys teaching for VDKL’s ‘Young Fliers’ group at Venue Cymru. 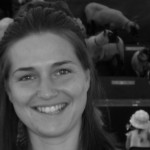 Despina is a Greek/Welsh Independent Dance Artist, with a BA (Hons) in Dance from the University of Wales Institute Cardiff.  Since 2010 she has worked as a freelance dance practitioner and for Dawns i Bawb, a community dance company based in North Wales, developing strong links with the local community delivering dance to all ages and abilities.  She has also worked with Vertical Dance Kate Lawrence, Little Light and Pontio. Over the past four years she has performed in Pobl Dre, Gwymon, Hints to Lady Travellers and Porth with VDKL. In August 2015, Despina received the opportunity to train and perform with ‘Aeriosa’ a vertical dance company based in Vancouver, funded by Wales Arts International. She has worked creatively with other local dance artists and has trained with international vertical dance artists Julia Taffe, Wanda Moretti and Lindsey Butcher. 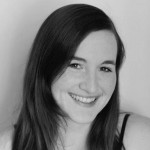 Catherine is a performing artist, choreographer and teacher. She has a keen interest in integrating multiple physical art forms into her practice, focusing on contemporary dance, aerial arts, vertical dance, physical theatre, and circus.  Originally from Australia, Catherine has trained in dance at the Western Australian Academy of Performing Arts and Queensland University of Technology. She is the co-founding director of Symbiosis Collective, an inclusive choreographic group and has been the recipient of a JUMP mentorship and Artstart from the Australia Council for the Arts. Catherine is currently working between Ireland and the UK, focusing on her passions for aerial and dance.

Angharad grew up on the North Wales coast and trained in classical ballet and contemporary dance at Ballet West, Scotland. Whilst training she gained valuable performing and touring experience with the schools company, touring Scotland and China with productions of Romeo and Juliet and Swan Lake. She was also a member of National Youth Dance Wales as a student under the direction of Errol White, Theo Clinkard and Odette Hughes.  Angharad has worked on various projects as a dancer in Scotland and Wales since graduating, most recently with North Wales based Little Light Dance and Digital Theatre on their production ‘The Flying Bedroom’ which toured venues across Wales. Previously she worked with Theatr Genedlaethol Cymru on ‘Dawns Ysbrydion’ by Sarah Williams and Eddie Ladd, Protein Dance’s ‘(In)Visible Dancing’ as a part of the Cardiff cast and toured Scotland with a retrospective of Royston Maldoom’s work with the Edinburgh Choreographic Project. Angharad has been training in vertical  dance with Kate Lawrence over the past couple of years and performed for Vertical Dance Kate Lawrence on  projects in Bali and Pontio, Bangor.  She also teaches and facilitates dance workshops for Dawns I Bawb’s Conwy Youth Dance Company as well various school projects. Angharad has recently worked on the Lead Creative Schools Scheme in primary schools in Aberdaron and Llanberis.