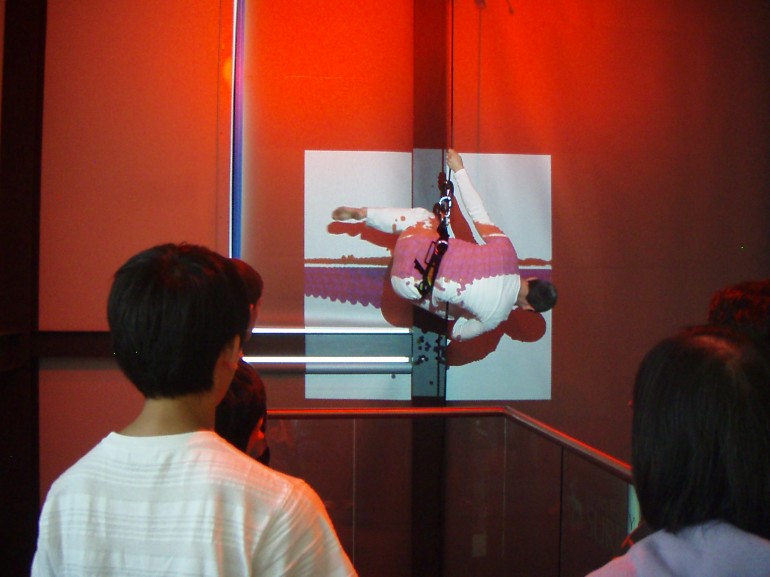 The Ion Beam performance was a collaboration involving Helen Hughes (Film Studies), Stuart Andrews (Theatre Studies), the Ion Beam research centre and myself, at University of Surrey, as part of the British Festival of Science. The Ion Beam Centre houses the only vertical particle accelerator in the world and this performance took place next to the beam itself. Audience members were guided around the centre and shown film and told about the history of the center. Finally they came to watch this performance in which animations of human brain cell movement were projected onto the body of a suspended dancer. The verticality of the beam is crucial to medical research as it allows observation of live, moving cells in a petri dish. Light is shone on the cells in an area which the scientists call the ‘theatre’. The British Science Festival provided a good opportunity to theatricalise the research they are doing and to reunite the cell animations with a human body. 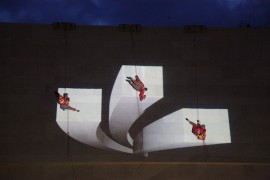