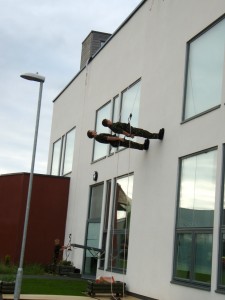 C’laen Ta! was a Theatr Genedlaethol community project, in partnership with Galeri Caernarfon and in conjunction with Peblig People Partnership, in Caernarfon.  Under the guidance of playwright and director Bethan Marlow, the project offered an opportunity for the community to come together to create a unique performance that took the audience, quite literally, on a trip around Sgubor Goch housing estate in Caernarfon.  The audience got to hear about the history of the area and to meet some of the areas characters though a new play that was performed by a combination of professional actors & local people.  The performances were held during the weekend of 13-15 July 2012.  Kate Lawrence directed the vertical dance episodes of the event, on  Yglwys Llanbeblig, a 13th century church and the newly opened primary school, Ysgol Hendre.  She worked with teenagers aged 11 – 15 from the estate to create the performance.  Members of North Wales Vertical Dance who assisted her were Colin Daimond, Despina Goula and Chloe Rafferty. 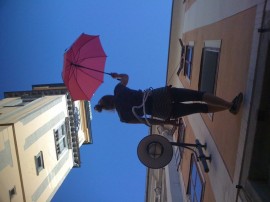 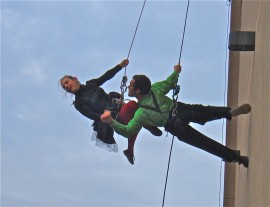 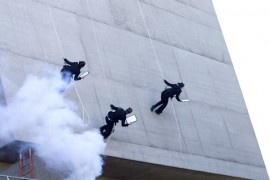